Ma Yun's talk about the influence of Christian culture is worth considering! Yun Ma  When it comes to Christian culture, people will naturally join the United States of America, but in reality, the United States of America is not what we think of as a “Christian country”. It must be said that the Christian faith in the background of the Hebrew civilization has greatly influenced all aspects of American society.  Despite the serious secularization of America today, Christian culture is still the core and soul of American culture.  Chinese entrepreneur Jack Ma, who is the principal founder and current chairman and CEO of Alibaba Group, was recently mentioned in Umi's "On the Road" speech.  Development is based on Christian culture, and the legal system is built on Christian culture..."  Excerpts from Jack Ma  "Happiness is found alone. I am talking about the rapid development of China's economy today, but our value system and cultural system are crumbling. The earliest new cultural movements destroyed the old culture without building a
Post a Comment
Read more

Take the Beams Out of Your Eyes 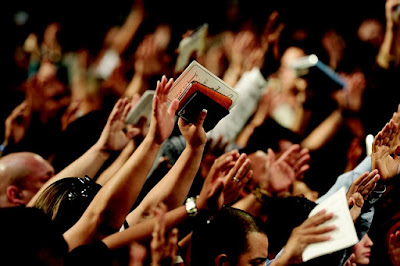 Our weakness as humans is to always see the shortcomings of others and not see our own weaknesses.  The habit of gossiping and gossiping about other people becomes a natural, interesting and ordinary thing.  We do not feel that the act is wrong according to God.  Jesus said, first take the log out of your eye and you will see clearly to remove the speck from your brother's eye.  How hard it is to get used to not seeing the negative in others.  Perhaps it is our human instinct that we must defend ourselves from the attacks of others.  Our lives must be safe and look for defenses not to be said negatively by others and we become self-conscious and forgetful.  We like to see ourselves safe and see others insecure by exposing and exposing their faults.  Remember, it was this image that Jesus denounced.  Do we still have the habit of seeing others as opponents and seeing their faults to explain to others?  If that is the case then we need to take the log out of our own eyes instead of
Post a Comment
Read more
More posts